Guy Zen shocked his way into the horror world by releasing Slash Gut back in 88′. The horror world, or more like his corner of it, knew Guy Zen for his gritty street horror films such as Beast Stalker, The Night Maniac series, Ripper Crew Killers, and most notably 1982’s Sewer Psycho which starred cult hero Brant Bryant who tragically died during the filming of the movie.

To say Guy Zen sold out with Slash Gut is to declare the man a horror fraud. The truth is that Zen was truly born from the horror genre. When John Carpenter was filming the seminal classic, Halloween back in the late 70’s, Guy Zen was already releasing The Knife that Killed Part 2.

Yes, TKTK series was filmed in Italy with an all Italian crew, making it an Italian horror film series, that doesn’t take away from the fact Guy was already seven films in horror when everyone else was a freshman or sophomore. It’s a hard fact that Guy Zen may be the most unknown horror master of all time. That’s why his disappearance is a true mystery.

In 2000 Guy Zen, cult director of 45 films, had gone missing during a shoot of a cannibal jungle movie by Siren Pictures called The Jungle Lives! It was star Claude Debaux that first reported it as he had experienced contractual issues with the director. Claude claims that that Zen had gone made when scouting a location deep in the South American jungle. It was Claude who reported that an unknown tribe had found Zen to be a living God. Days later, cinematographer Tarkaff Goro’s body had been found mutilated – his heart had been ripped from its chest.

The years have passed and now, in the troubling year 2020, Guy Zen has resurfaced. Not in the flesh but in celluloid. A copy of an unknown work was released online and a single physical reel was delivered to Alan Young of Siren Pictures. The movie was or is if you saw it before it was taken down, called The Flesh Project.

The only thing that I could find of value is that the FBI is actively searching for GUy Zen as he is wanted for murder. The film, which I did not see upon its sudden release, featured the death of 15 people – real people.

My skin crawled when I stumbled upon this bit of research. Something evil clearly happened deep in the jungle. And that evil clearly surrounded Guy Zen, the man who I met 21 years ago at a horror convention in Chicago. I still remember what he told me.

“You’ve got nice skin, kid. I’ll be seeing you around.” 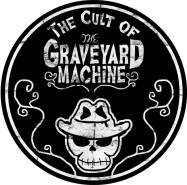 One of the most significant decades of horror correlated with my stint as a high school dink. The decade was the 2000’s. And it is one of THE GREATEST DECADES OF HORROR OF ALL TIME.

Great horror stems from significant points in global and/or national history. For example, in the 50’s you had the rise of what I call “Atomic Horror” in which the theatergoer was showered with alien invasions, mega-monster, and science gone wrong horror flicks like Godzilla, Creature from The Black Lagoon, The Blog, The Mole People, etc.

Another prime example of anthropology through horror films would be the Vietnam War. The impact was so powerful it bled over to help create the horror of the ’80s. Our innocence in life was lost in the jungle.

It was through the folly of a war at home and abroad that created The Texas Chainsaw Massacre where the innocence of a road trip with buddies was taken away,  the innocence of a beach was damned forever by Jaws, or even purity of parenthood was blackened by likes of The Exorcist and The Omen. Eventually, the vibrant and violent 70’s turned us into lost children of the ’80s where Satanic Panic, ultra-violence led to the rise of the slasher.

That’s why I believe the anthropological connection to horror of the 2000s will go down as one of the greatest decades of horror of all time. And It was because of the tragedy of 9/11 that horror was resurrected.

The 90’s damned near killed the horror film. The decade was wrought with unfocused horror. It’s not a bad thing because we do have a ton of gems from the ’90s. But we had a wide net which reeled in movies like Blade, The Haunting, Scary Movie, It, Tremors, and Scream which sort of defined the state of horror at the time – bored.

The year 2000 started it looked like we would get yet another decade of bored horror with released like American Psycho ( great movie btw), Dracula 2000, Final Destination, and smattering of ghost flicks. The ’90s and the year 2000 created Scary Movie. That should help sum up how lost the horror ship was. That is until the entire world was changed in a single morning when four airplanes were hijacked by assholes who hated everybody but themselves.

In comes the year 2002 which the world gets horror movies like 28 Days Later, Resident Evil, and Dog Soldiers. Though these movies were not constructed because of the terrorist attack they, eerily enough, fit perfectly in the tragedy of what was to come. In 28 Days and Resident Evil, you had a world turned upside down, and in Dog Soldiers you had soldiers fighting a new and unknown enemy.

But it was the horror films in 2003 that truly gave way to the results of 9/11. Suddenly, ghosts, slapstick, and action-horror was overtaken by A House of 1,000 Corpses, High Tension ( 2003 reg release but 2005  US release), Wrong Turn, and the essential remake of The Texas Chainsaw Massacre.

Once again, the horror genre had a true purpose. It was inspired. That inspiration created 2004’s Dawn of the Dead and Shaun of the Dead which single handily re-animated the zombie genre. We also experienced the dawn of a new franchise – Saw.  One of the most interesting realizations I found in my research was that every massive human event gave birth to a significant zombie film.

As the war of terror raged and terrorists continued to commit unthinkable acts, the year 2006 continued to remind us that all that you love can be taken away with the release of The Hills Have Eyes, Texas Chainsaw: The Begining, Them, Black Christmas, and Turistas. The decade would continue to rehash remakes and sequels that would add value to the state of horror.

My final year of High School was in 2007. It was at this time when I found myself working at a movie theater, chilling with my friends, and flexing my movie-making interests. It was also the year that we got The Mist, 28 Weeks Later, Death Proof/Planet Terror, The Orphanage, Trick R’ Treat, Vacancy, Hostel Part II, REC, and Rob Zombies Halloween.

The decade was almost over but the war continued, and violence across America raged. This would be shown to us in the 2008 releases of The Strangers; a film that owned the year. I can still remember watching the trailer as I checked ID’s at the entrance. I actually witnessed a girl run out of the theater in fear. No joke. Anyways, we did receive gems like The Ruins and Splinter but the year would also give way to the genesis of found-footage horror flicks such as Quarantine and Cloverfield.

When 2009 came to be I found myself in film school. But I also found myself completely lost. I took on this Bob Dylan like persona that ended up cutting a hollow hole inside me. That mixed with massive family drama wrecked me totally. It was around this time that the decade of great horror hit its peak with the release of Human Centipede. the trash bag release of Friday the 13th,  Anti-Christ, Zombieland, and the cheap thrills of Drag Me To Hell. All of these films tasted like microwaved hotdogs.

The world had finally become weary of all the real-life rot the decade had to offer. The United States introduced a new president, Swine Flu hit, and the world lost an icon of humanity – Michael Jackson. The horror of  9/11 seemed like a faded image from a polaroid camera.

The nature of horror greatness will always bring forth a dark time. But when The Oughts ended, I can’t help but notice it brought forward a slew of horror films that did not find proper accolades because the new decade, the 10’s, did not really have a pulse. Matter of fact, horror hasn’t had a resurrection since the 2000s. Sure, we had some gems but the entire horror genre was random, scattered, and simply lost.

I look back at the 2000s with all my nostalgic love. The decade gave me my life skills, my best friend, and memories that I will have forever. It was the defining decade of my life. It was also the defining decade of horror. If I could put the horror of 2000’s on a greatest hits bundle – this is what it would look like: 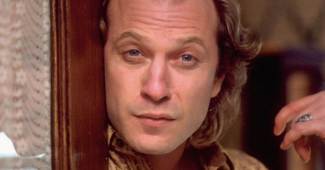 I came across Hostel on Netflix. Seeing the poster to Hostel really sends me back to a different time. I was seriously tripping hard on a radical wave of nostalgia for a good ten minuteses from my past trigger that feeling but when it does it is freaking awesome. And the reason why Hostel is a lost toy for me has to do with the time period…

The year was 2005. The world was still fresh for me. I was a sophomore in high school and everything was pretty freaking sweet. Why? Because I saw a fucking movie that changed how I saw horror. The Eli Roth masterpiece, Hostel dropped in the stupid cold of January.

All I know is that I may just watch Hostel 1-2 and Wolf Creek while the world continues to be attacked by microbial assholes.